Since becoming a father my Friday nights consist of an argument about eating supper before ice-cream, watching My Little Pony and then the bathroom battle – where my daughter refuses to get into the bath and then, once bathed, refuses to get out. Gone are the days (or nights) where my buddies and I used to drink a bottle of brandy and a case of beers before heading out to the club (Gandalf’s) at 10 or 11 pm. There were no rules or time limits or things that had to be done, it was just me, all the time. Sometimes I look back and think: “Wouldn’t it be cool to still be able to do that…” And then I realize that no… no it wouldn’t. 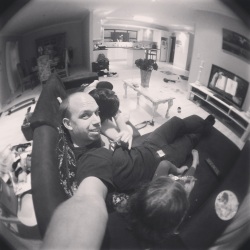 Raising a little girl has been the most exhausting, difficult and monumental task I have ever taken on, and I’ve rebuilt a Honda CD200 engine from scratch using three other donor motors. It has, however, also been the most awesome, humbling and rewarding experience ever! I’m not going to tell you all the sappy moments I’ve had or write about how magical it is to be Mikayla’s father, this not that kind of post. I am going to tell you my take on how life has changed and how I feel about that.

The reason I say it wouldn’t be cool to go out and party and get all kinds of fucked up is because I’ve grown up, a lot. I’m not saying that people who enjoy going out are childish or immature, I’m saying that, for me, personally, I have grown up radically. I really was the last person I ever expected to get married and have children. I was a punk, skateboarder, drunken dancing idiot. I still skate, but I don’t dance (except at weddings after Jager shots) and I’m actually quite suburban now. Anyway, let’s do this list thing of things which have changed or something.

One thought on “{For The Dads} Some Things Change… {by Cole}”